In the apartment below, my neighbor has been either banging pots or screaming at her children in Serbian for hours. The kids who live above us are shouting in Korean and thumping something back and forth across the floor. Amid the toy mess I’ve given up any attempt to contain, my sons are arguing in Spanish over what kind of landing to build for their marble run. It feels ever more distant, the era when I savored the ongoing chamber music of languages in our building.

During the first bewildering months after the schools closed, I played my cello to calm the children. My neighbors texted that the sound reaching them through the floors calmed them as well. Now that it is July and the children still have nowhere to go, I can no longer focus long enough to even tune all the strings properly.

My focus dissolves even cleaning the bathroom. Bent over the tub yesterday, I realized I’d been repeatedly scrubbing the same edge for so long the muscles in my back seized up and I couldn’t stand. It took four Advil to get through my afternoon cello lessons on Zoom. I couldn’t afford to cancel, not with every freelance orchestra gig I’d scrambled to maintain through two pregnancies and the baby years now evaporated.

This morning, my back wouldn’t cooperate to even get out of bed and I feel deplorably forty-two, irrevocably forty-two. As wrecked as the country we keep waking in.

I ask my husband to take the kids outside but the elastic on the younger one’s mask has broken and he left his backup mask somewhere in the park. After improvising with a bandana, he can’t find his shoe.

This morning, my back wouldn’t cooperate to even get out of bed and I feel deplorably forty-two, irrevocably forty-two. As wrecked as the country we keep waking in.

I close my eyes, try to hum a few bars of the Dvořák concerto I would have performed last month if the pandemic hadn’t occurred.

My son shouts from the hall, asking if I’ve seen his shoe and I hum a little louder. I hear a marble hit the radiator, then the clatter of hundreds of them rolling down the hall at once.

In the intolerable racket, I lose track of the next bar in my mind. Out of fear the shouting about this missing shoe could go on until lunchtime, I begin the agonizing maneuvers to get out of bed when I hear the beep of the elevator and Gustavo urging the children to hurry up.

I take my time shuffling down the hall. I’ve become so unused to entering any kind of quiet in the living room at this hour. I feel like a thief creeping toward my own music stand. For consolation, I think of the estrangement the musicians in Barcelona’s Liceu must have felt last night, performing for an audience of two thousand houseplants.

The pain across my lower back when I open my cello case doesn’t feel bearable at first. Yet as with many things now, it turns out I can bear it, and I do.

I will my back into the chair. I bring my bow to the strings.

Idra Novey is the author of the novel Those Who Knew, a finalist for the 2019 Clark Fiction Prize, a New York Times Editors’ Choice, and named a Best Book of the Year by over a dozen media outlets, including NPR, Esquire, BBC, and O, The Oprah Magazine. Her first novel, Ways to Disappear, received the 2017 Sami Rohr Prize, the 2016 Brooklyn Eagles Prize, and was a finalist for the Los Angeles Times Book Prize for First Fiction. She teaches fiction at Princeton University. 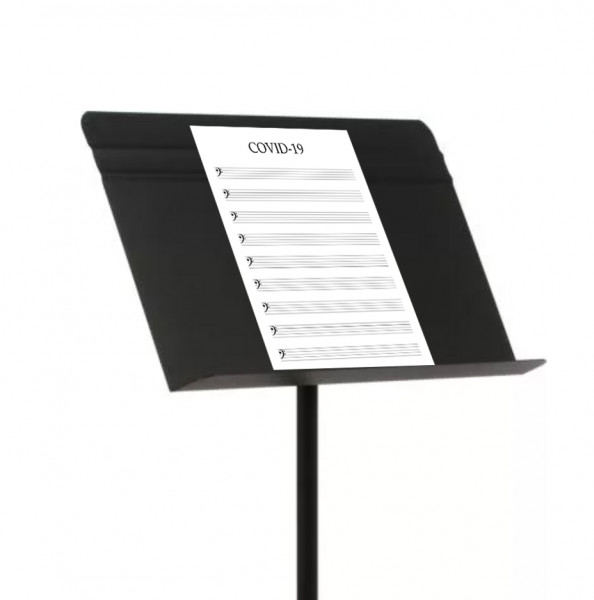 As Covid-19 spread across the world, concerts everywhere were canceled or postponed—depriving musicians, sound and lighting engineers, and venue staff of the gigs they rely upon. Billions of dollars in tickets sales have been lost.