This is the first thing you must understand: There is no heaven, nor is there a hell. There is, as most of us privately understand, a kind of stepping-off; and, afterwards, the faintest crackle as the neurons that made us so distinct—so wonderful, so terrible—go out. This does not make death good or bad; I am simply describing what happens. And yet, when he, the man, hanged himself—and I believe that he did, just as I believe that I am my father’s child; a practical certainty—something else happened. Or so I must believe.

As I have said, there is no heaven nor hell, nor any other type of theological afterparty. He will not be mounted upon a wheel and flayed for the length of an age. He will not be made to swallow the Devil’s daughter’s pearl necklace, and have it retrieved from his throat inch by gagging inch for the lifetime of ten thousand suns. He will not be forced to attend one of his own parties; never made to watch out of a helicopter window as the ocean puckers into a tiny nub of land. He is, unbearably, free of any nightmare we can imagine.

What do we make of people who die before justice can be retrieved from them? I do not know. When realizing that he will face no consequences, the hanged man seems like the worst man, but he is not. He is not the worst man to have ever lived; others have done more terrible things to more people. That is not a judgment; it is a statement of fact. It is of little comfort to those women and the girls they used to be, but it is a fact nonetheless.

Here is what I must believe to be true, on the occasion of the hanged man’s death: On the opposite side of the world, a boy discovered justice in its smallest measure. He had recently taken it upon himself to reach out and snap a classmate’s bra when the teacher stepped out of the room. He did it for no reason other than he wanted to, and he could. (He did not have much power, but he took the little he had.) After school, a group of girls from the neighborhood surrounded him and kicked the living shit out of him. They did not say anything the whole while, but grimly worked the job until it was finished. I do not know if the classmate watched. Maybe. I can imagine it, and I’m sure you can, too.

It feels good that the bill was paid, no matter who paid it, no matter how demented the arithmetic.”

Is that justice? It’s hard to say. Probably not. But it was startlingly beautiful; he remained silent the whole time, and the sound of their feet connecting with his torso was, if you closed your eyes, like standing on the sidelines at a middle-school soccer practice. A series of syncopated whomps on a still summer afternoon. Don’t think there’s some sort of cosmic logic behind these events. This isn’t that kind of story. He learned no lesson, except: Don’t get caught.

But I am telling you this story for a reason. Because in that moment, a very small violence received punishment for a much larger violence. A monstrous violence. The crimes could not be more different, except they also could not be more the same. Is that just? Maybe. It feels just. Just a little. If a man swats you with his left hand, is it not acceptable to strike the right side of his face? What about the face of his brother? What about the face of a man he’s never met? I don’t know. I don’t know and sometimes I lie awake in my bed thinking about the man who hanged himself and the boy who was beaten and then I think about the things that have been lost to them and their kind. The infinite immeasurability of it. And it feels good that the bill was paid, no matter who paid it, no matter how demented the arithmetic.

Carmen Maria Machado is the author of In the Dream House a memoir, and the collection Her Body and Other Parties, which was a finalist for the 2017 National Book Award. She’s the writer in residence at the University of Pennsylvania. 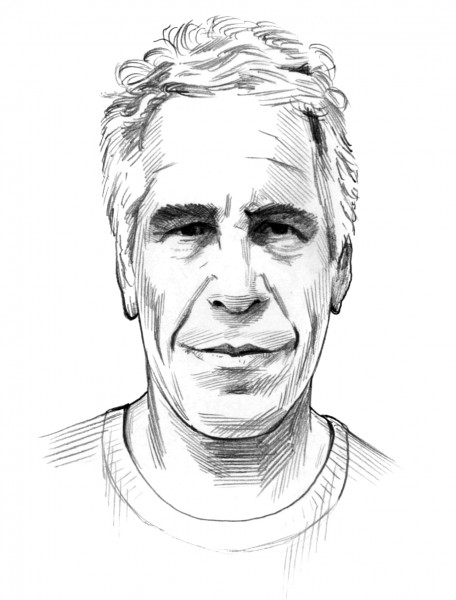