The flight attendant offers to move her from business to economy—whole sections are vacant back there, if she prefers social-distancing. She does, and stretches across an empty row, slipping the surgical mask up over her eyes, half-dreaming of bats miles above the ocean, half-waking a hundred feet above the city of her birth.

At the baggage carousel, she contorts her face for a video call, tilting to appear less as she appears, which is tense and beakish, black hair threaded white, or perhaps white threaded black now. He’s not answering. Anyway, she came to see her father, not think of Keith.

Outside the apartment building, Drima jabs the intercom button with her elbow. A voice crackles; the door springs. Slashes of hazard tape cover the elevator doors alongside a sign: “Not in SERVICE! Until the global hysteria ends. ONLY stairs. For health, walk up only on your right, down only on your left.”

Her father—unelected president of the family, now 96 and bedridden—lives on the ninth floor. She drags her wheeled luggage behind her, clacking on each step. At the last landing, Drima breathes for a half-minute, chin in the air, hands on hips. A nurse watches, possibly with a welcoming smile—hard to tell because she wears full PPE: plastic visor, respirator, rubber gloves to the elbows, as if ready to deliver a foal. If Drima’s father contracts this virus, he is finished.

“Okay,” Drima says finally. “Take me to our leader.”

“No,” the nurse responds. “Not possible.”

In this country, when the wealthy meet a human obstacle, they reach for their wallets. Drima despises that; her father despised it. Also, a two-week quarantine is not bureaucratic idiocy. The government here was among those to deem this virus a question of balls not lungs, and the death toll is staggering. She could’ve caught it traveling, or be contagious without symptoms. “But my flight home is in two weeks.”

“You could see him on the last day?”

The guest suite includes a bathroom with a shower stall, no windows anywhere. Her late mother slept alone here because of her snoring. Drima sits on the single bed, scooching back until her spine touches the cold wall. She pictures its other side: her father’s bedroom, floor-to-ceiling windows over Gron Plaz, the main square of the capital, constructed for parades in the days of the generals, now a traffic circle of another democratic republic in despair.

She is still. Her heart is racing.

In two weeks, Drima will stand in his room, they will say nearly nothing, she will return home. She will not visit him again. She waits like a soldier before amputation, in dread of the saw, impatient for the saw.

She thumbs a message to Keith, remarking that this absurdity typifies her country: You travel halfway around the planet and they make you sit in a waiting room! He’s a recent acquaintance, both in their mid-fifties, she divorced a couple of years back, he in the process, kids all grown and established. Yet their rapport is like that of teenagers, a need for proximity without a knowledge of what to say.

The government was among those to deem this virus a question of balls not lungs.

Always, Drima viewed sex as just a biological imperative, like sneezing with a longer run-up. But in this relationship, it’s like a magnifying lens on the other person, with everything beyond blurred for hours afterward. She wants to ask him if this is normal but fears that it might be, forcing a sad review of her life, which is already fringed with regret: the wrong Ph.D. subject; a career of success not gratification; a spouse whose presence made her lonely.

She dials her father’s number. The cordless phone in the corridor rings. The nurse answers, and Drima hangs up. Footsteps approach her door. Drima—vice president of an international organization, its chief lobbyist—tenses like a child in the principal’s office.

The nurse talks through the door. “I must go now,” she says, by which she means quit. Her family needs her; she was only waiting till the daughter arrived. Don’t worry, though. Two other nurses cover the other shifts. It’s just overnight when Drima will be alone, and her father always sleeps through.

Drima herself does not sleep through. In darkness, she taps softly on the wall. Separated for seven years, now separated by a room.

The first week is gone. She watched TV series on her phone, slept too much, devoured news about the coming recession, the coming civil war in America, the coming vaccine, which might never come at all. A few best sellers are littered around, but she can’t concentrate. By phone, Keith jokes about sexting, and she jokes back, and maybe they’re not joking. But they’re so culturally obsolete that each must check Wikipedia to discover what sexting entails.

He reflects that this global lockdown is the first time humanity has all done the same thing at the same time. But is that so? To talk from lockdown to lockdown is like a chat between one person sunning on a yacht and another hanging from ice screws off the Himalayas. Drima and Keith struggle to keep a discussion going, always returning to returning: that her quarantine is nearly done, then a goodbye to her father (Drima’s chest tightens), then us again.

Hearing this, she is gripped by longing and pulls open a drawer, finding old-woman underpants. She closes it fast. Another drawer: old greeting cards, scrawled with a child’s backward lettering, hers of a half-century before when learning to write. Each dinner, she presented a card to a selected family member, and is taken aback to notice the proportions: six for her brothers, thirteen to her mother, more than two hundred for her father.

On the final day, Drima wakes at dawn. At last, she is allowed down the corridor, into his room. But she waits, dry-mouthed. Eventually, a nurse arrives. He’s in street clothing, babbling about a decree. The authorities, who long denied the pandemic, are now forbidding everything, including care workers in any home where a family member is resident. Before Drima understands, she is objecting: “Okay, but I have a flight in hours.”

The nurse swipes his phone awake and reads aloud: Every flight canceled; nobody crosses the border for six months. He presents a binder of instructions, including illustrations of sponge baths and how to turn someone in bed. Drima cannot process this.

The nurse leaves. Nobody else is coming. A message from Keith illuminates her phone: “does this shutdown thing apply to *you*??!!!”

There must be one last flight. If you’re willing to pay. She could lug her bag downstairs, find a taxi in the square. He’s nearly a hundred now. It’s enough.

She detects a clicking. She traces it to the guest suite. It’s coming from the wall by her bed. A tapping from the other side.

A dull thud now, his aged fist against the wall. “Drima?”

How eerie, world travel: those whom you came to visit were living all this time—not just the idea of the person, but a body with a mouth and wants.

She pats her hip pockets, her jacket, the coverlet of the single bed. Her phone has vanished.

In his prime, her father was a wiry man, thin mustache parallel to thin lips. He arrived as a refugee and built the supermarket chain—thirty-eight branches when he sold the business. Although he came from a conservative culture, he treated his sons and daughter alike. When she grew as tall as his belt loops, he taught her to fight, overseen by her brothers; Drima allowed kicks and punches and teeth, her father limited to one index finger, which he drove into gaps between her ribs. He marked victory by sitting on her, whereupon he smoked a cigarette, catching the ash in his palm, shifting only to impede her escape.

“Coming.” She stays in place.

Tom Rachman is the author of four works of fiction including his best-selling debut, The Imperfectionists, and most recently The Italian Teacher. Before turning full-time to fiction, he served as an international editor at the AP and has reported from across the globe. His writing has appeared in The New York Times, The Washington Post, The Wall Street Journal, and Newyorker.com, among other publications. 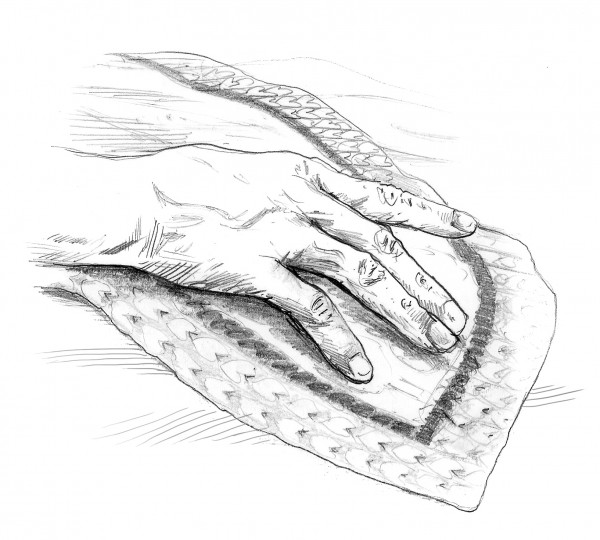 The risk of infection and travel restrictions has made caring for sick family members during Covid a significant challenge. While medical emergencies may make family members exempt from Covid-19 restrictions, there are only about half as many available seats on planes as there were this time last year.

Tom Rachman on writing about the present, our nightmare pandemic, and the intersection between journalism and fiction