Three billion birds have gone missing in North America over the past 50 years. Or is...

My oldest, clearest memory dates back to the summer my sister and I turned nine, and our mother brought down her mother’s copy of The Birds of North America. It was not some child’s plaything but a guide for serious adult enthusiasts: beautiful, with hand-painted watercolor illustrations. The book was a bribe, and we knew it. It could be ours—mine and my sister’s—if we promised not to fight.

Dora and I never could get along. We shared the room with the pink wallpaper at the top of the stairs, and in that room, we bickered, we hollered, she tore out a chunk of my hair, and I put a pillow over her face while she slept.

But our grandmother’s book intrigued us into behaving, at least for a time. We wrote our names inside, right under the spot where she had done the same. She died before we were born. Our mother had told us how she loved the birds; the way they flew free, darting around cows in their pens and pastures, lounging on fence posts, asking nothing of her.

Whenever our mother saw a cardinal through the kitchen window, she’d say it was her mother stopping by to say hello.

Dora and I memorized The Birds of North America like a book of prayers. Starlings and sparrows and robins. Blue jays, blackbirds, and warblers. By September, we knew them all on sight. Ever since, birds are what we have in common. Birds and not much else.

My sister and I have never lived more than three miles apart, but we’ve gone whole years without speaking.

Dora started watching what she calls the news after Harold died. Among the things she now believes: that there is a floor at Mercy Hospital just for Mexicans, where they get their treatment for free. That Hillary Clinton runs a sex-trafficking ring out of a pizza shop in Washington, D.C. That people all over this country are somehow aborting babies after they’re born.

I initiated the truce: Stop talking about it, so we don’t have to stop talking altogether. But even polite conversation, if you make it long enough, comes back around to the question of how to be a person in this world.

I called Dora this morning when I saw the headline. Three billion fewer birds on this continent now than 50 years ago. Three billion. Reading it felt like reaching the end of a mystery novel and looking back at the clues you missed.

Anyone who has lived long enough will tell you it isn’t like it used to be. Remember the bats, how they swooped down at sunset? Dora and I have asked one another. Remember birdsong in springtime, so loud you had to cover your ears to think? Remember when a flock of crows flying overhead would darken the afternoon sky?

Of course Dora was horrified when I told her about the three billion birds. But when I mentioned, not for the first time, the little Swedish girl demanding that we fix it all now or else the legacy we leave will be destruction, Dora said, “Why do you make everything political? Some things just are.”

I hung up on her. I won’t be the one to smooth things over this time, either.

The city of Des Moines used to be just that. Beyond it, farmland, punctuated every here and there by a tiny town. Now the space between places is full of big box stores and big identical houses, like the one my grandson and his wife live in. I can never remember which driveway is theirs. There are no trees anywhere. The lawns are an unnatural, chemical green, cut short like military haircuts. My grandson’s wife sends pictures of deer and wild turkeys wandering lost down the street.

You can’t miss what you’ve never seen. Maybe that’s why they’re not as angry as they should be. It makes me want to chain myself to a bulldozer before they can plow under one more field. Old age has turned me into a radical.

Some afternoons, a cardinal alights on a tree branch outside my kitchen window. It reminds me of my grandmother, my mother. On a good day, Dora too.

What will happen when the proof that any of us was ever here only exists between the pages of an old book, the provenance of which no one alive can recall? Then, later on, not even that.

J. Courtney Sullivan is a New York Times best-selling author of four novels, most recently Saints for All Occasions, which was named one of the ten best books of the year by The Washington Post and nominated for a New England Book Award. Her new novel, Friends and Strangers, will be released in June. 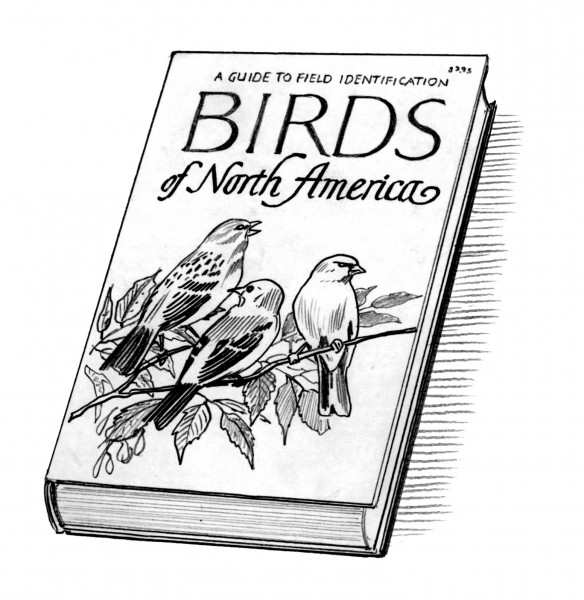 Compared with 1970, 3.2 billion birds have now been lost in North American skies. While some protected populations that were once in trouble—like the bald eagle—have grown, more common birds have overwhelmingly suffered due to habitat destruction, the general presence of humans, and the increasing impact of climate change.