What if instead of dropping off our stereos, cocktail sets and coffee tables, all those...

There were as many trucks as ever, but now they took things away. FedEx, Amazon, UPS, they all did their part, but more often it was the boxy white Mercedes vans with the high roofs that had started showing up in the latter years of the boom. Plain white, no company name, no snappy logo on the side, which in our hyper-branded times might have briefly struck us as odd, and then they blended into the landscape of everything else. We didn’t know how good we had it, did we? It was so easy, and how quickly we became used to it, the couple of keystrokes that produced the modern miracle of that package on our doorstep in three to five days, then two, then next day, if we were willing to pay for it, and, ultimately—how did they do it!—same day.

Packages, packages, thousands and millions of packages pouring out from what were once called warehouses, but now went by the name “fulfillment center.” A neat sleight of hand, that appeal to our higher nature; supply-chain magic was about so much more than crass materialism. And, honestly, that’s often how we felt, fulfilled in a not negligible way. Amid the nonstop sales job of modern life we were constantly being admonished not to put our faith in material things, and we tried, most of us, and mostly we succeeded. We were not shallow people. The things in our packages weren’t just, well, things. They were . . . how to put this? Content. Structure. Emotion. Part of the necessary human fabric of our lives.

The legalities were never made entirely clear to us, but that was true of many things. Life changed so fast, so drastically, that not everything about Special Measures could be adequately explained, and anyway we were too frazzled and generally panicky to process more than the general drift. “Recovery,” it was called, or “Recovery Operations.” The country was in crisis, the economy imperiled; somehow the country and the economy had become one and the same. The whole thing was really quite astonishing. The white van would pull up in front of our house at the most inconvenient time, early morning when we were hustling to get the kids off to school, or evening when we were cooking dinner or checking homework, or had settled in at the kitchen table to grind our teeth over the ever-rising stack of bills, and there they’d be at the front door, two burly Recovery Techs in their dark uniforms—pants and jackets if it was winter, shorts and short-sleeved shirts in summer—and always a third Tech standing out by the van, watching. Unfailingly polite they were, soft-spoken, sympathetic, and huge, the entire cadre seemingly recruited from the ranks of former college and professional football players. They had clipboards, reams of fine-print paperwork, and boy did they know their business. It was always quite specific, what they’d come for, always one particular thing, a lamp, the gas grill, electronics, cookware, and—this was the truly unnerving part—they knew exactly where it was.

We were not shallow people, and the things in our packages weren’t just, well, things. They were . . . how to put this? Content. Structure. Emotion.

The psychological effect of that should not be underestimated, a giant standing in your doorway describing the color, make, and model of an item in your house, and when you’d bought it, from whom, and for how much, and its precise location. Shock and awe, call it, and naturally we’d be standing there wondering what else they knew about us, meanwhile they’d gotten past the door without us really knowing how. Well, they’d been trained, obviously. Posture, demeanor, tone of voice, they all worked a kind of syncope or hypnosis on us. No doubt the great advances in data collection and behavioral science that had been used so deftly to get us to buy were now being deployed for the opposite—to get us to relinquish, not covet. To want less, accept less. We quickly learned that calling the cops was futile. They wouldn’t come except to detain us because we’d resisted, become hysterical or even physical. There were rumors of occasional shootouts, but look, most of us just wanted to get on with our normal lives as much as possible. Pain was everywhere, real hardship, real suffering; it was there every night on the news. So was it really so terrible living without those 800-thread-count sheets, that lovely Danish-modern chest of drawers?

A few activists kicked up a fuss about consumer rights, but rights, as it turned out, existed only in politics. As consumers we were in the realm of commerce and markets, and markets, we were told, had their own immutable laws. At night, lying in bed—they hardly ever took beds—we reflected that we’d done everything the country had asked of us, but it had not been enough. We worked, paid our taxes, obeyed the laws, raised and educated our children the best we knew how, and always paid at least the minimum on our credit cards—all this, and still it had not been enough. Sacrifice and self-discipline were now the order of the day, for how long no one knew.

We did miss our things, of course. Some we genuinely grieved for, those few precious things that were keyed to our souls, our truest selves. Others we missed for a while, and maybe we’d rage, silently, at the invasion of our homes and the humiliating injustice of it all, but in time the memories faded and we forgot them, these minor things. Though even these could surface in our minds at random moments, a favorite plaid sweater they’d taken away, a classic cocktail set, and we’d feel a pang, as if these things were parts of ourselves we’d lost. Not the main part, surely. Weren’t we bigger than that? And yet, the loss.

Ben Fountain's most recent book is Beautiful Country Burn Again, a reported narrative of the 2016 presidential election. He is also the author of the short-story collection Brief Encounters with Che Guevara, which won the PEN/Hemingway Award and a Whiting Writers Award, and the novel Billy Lynn's Long Halftime Walk, winner of the National Book Critics Circle Award and a finalist for the National Book Award. 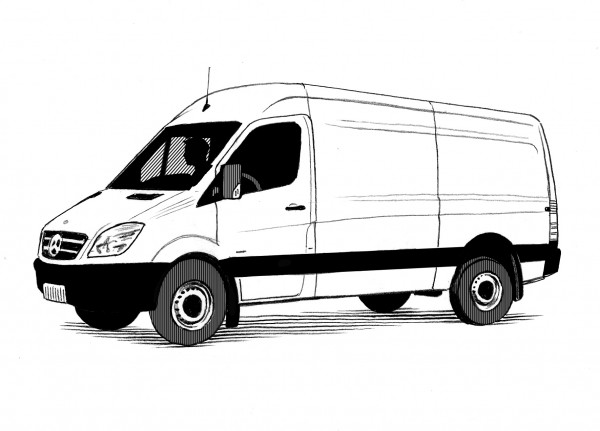 As Covid-19 shuttered stores across the country and millions of Americans sheltered at home, Amazon hired 80,000 of a planned 100,000 additional workers in less than three weeks to meet the surge in demand.

Eight examples of governments using the pandemic to wield worrying autocratic power, largely drawn from the Covid-19 Civic Freedom Tracker, which is maintained by the International Center for Not-for-Profit Law: