At thirty, I was the youngest DJ at the station. Which meant I had the worst slot, one to three, when no one cared about the radio. I mean, even less than they cared to begin with. I used to play requests: Tricia loves you, Keith, I’d say, And she’s thinking about you right now. And then I’d play the songs they asked for—songs with names like “Wet Dreamz” and “Climax.” I had the feeling I was always being pranked. When calls were sparse, I played ballads for my boyfriend, in total earnestness.

I was the sucker, obviously. In March, before everything, Neil said I was “too much,” took the dog and couch, and moved out.

Silver linings, though: It had been a twenty-minute bike ride to the station on my rusted banana bicycle. In the Florida-panhandle afternoon heat, I’d be drenched in sweat by the time I got there. I would have to sit shivering in the air-conditioned station, teeth chattering over the radio. Now it was only thirty seconds to my kitchen table, where my recording equipment sat, a permanent fixture. Whenever I ate now, which was infrequently, it was angled over the counter: faux-healthy cereal with almond milk, entire watermelons. Since changing the format of my show, I was busier than I’d ever been.

The doorbell rang. I hurried to answer it, first checking to see if I was wearing the pajama pants with the crotch hole (I wasn’t), then donning the surgical mask that I kept hanging on my doorknob. A large box sat, obscuring the “Welcome” on my mat. Carlo waved, already back in his UPS truck, brown calf in his brown shorts flexed over the gas pedal. I slashed the box open and was horrified by its contents: personalized beer koozies printed with “Neil + Lucy” inside a heart. I waved frantically at Carlo, to please take the box back, but he thought I was waving goodbye, and sped off. We were supposed to get married, Neil and I. And now the wedding was off, and Neil was gone, leaving me with only the koozie bill, on top of the koozies themselves.

What was always missing was the most important information: how they made you feel when you were in the same room with them.

The box was too big to fit through the door, there were that many koozies. I laughed sadly. I kicked the box to the side of the door—fire safety—and sat down to my other mail: utility bills, the koozie company’s swag catalog (pens, totes, water bottles; they mocked up our “Neil + Lucy” logo on all these hypothetical items I could order). The bulk of it was envelopes I’d been forwarded from the station—letters from listeners that told me the names and details of their recently deceased loved ones.

For every silver lining there was the cloud itself, which was enormous—the way the sky looked before aliens appeared in the movies. Everywhere, people were dying—more than usual, I mean. For months, I hadn’t been anywhere but around the block. In April, at the Publix, a man in a bucket hat called me a “Chinese bitch.” After that I ordered my cereal online.

The stack of envelopes was as thick as a deck of cards. I added it to the precarious tower of mail that grew taller every day. There were two envelopes bearing the same name: one pink and birthday-card-sized, the other a repurposed water company envelope. Jason was forty-three, died from Covid-19 on July 26, after three weeks on a ventilator.

“Say Jason was a loving father,” the pink note said, from Jason’s mother.

The other note, from his ex, said, “Jason didn’t do shit for his kids.” His ex said he owed her two thousand dollars.

“He didn’t even like her,” his ex said, about Jason’s mother.

“She didn’t understand him,” his mother said, about Jason’s ex.

I set Jason’s notes aside. There was a letter about Betty, eighty years old, who contracted Covid-19 after being exposed in her retirement home. “Loving grandmother,” was all it said, written by her only daughter. I wondered about the missing pieces—how else Betty had spent her eighty years alive.

Another note: Juan was fifty-five and lived with his teenage son, who hadn’t taken isolation seriously. He was a committed park ranger, passionate about the preservation of the Everglades.

I made my way through the letters, confirming the dead on social media, in obituaries, calling the coroner. I drank my sweet cereal milk. I rarely knew, anymore, what time of day it was. My electric bill was a terror because of the air-conditioning.

My phone alarm rang at 12:45, as it did every weekday, reminding me to get ready for the show.

I poured myself a glass of water, then thought better of it and pulled a bottle of beer from the fridge. I slid the beer into a koozie and sat down at my kitchen table, put my headphones on over my ears. “Neil + Lucy” stared back at me. I wouldn’t allow myself to wallow, not when there were so many greater tragedies. But I felt tears coming down my cheeks anyway, hot on the air-condition-cooled flesh. I brushed them aside and steadied myself with a swig of beer.

“It’s Lucy K,” I spoke into the mic, in my overconfident radio voice. I didn’t use my full name anymore. I was the only Chinese bitch at the station and figured it didn’t hurt to be cautious. Over the radio I didn’t have a race. “You’re listening to ‘The Dead.’ ”

When I first started doing this, I’d read the letters in their entirety. But I could only get through a fraction of letters this way, and besides, they always fell short of what I wished they would say. What was always missing was the most important information: how they made you feel when you were in the same room with them, how their faces looked when they concentrated, what it sounded like when they laughed.

I wondered which direction Jason stood in the shower—toward the showerhead or away—and how Juan reacted when a dinner guest spilled wine on the carpet. I wondered what Betty sang out loud when driving long distances alone.

I no longer included the details. Now I only read their names. A name conjured everything or nothing, I figured.

It was in the silence you could fill it all in. 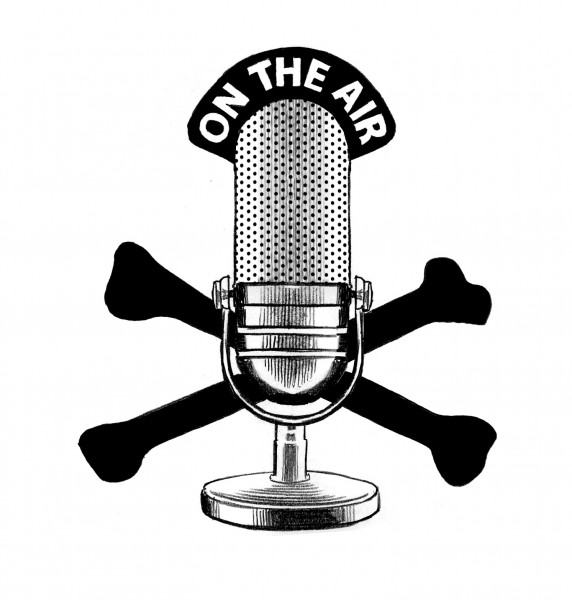 According to current projections from the Institute for Health Metrics and Evaluation at the University of Washington, even with universal mask compliance, nearly 300,000 Americans will die from Covid-19 by the end of 2020. In the worst-case scenario, that number could soar to more than 600,000.