I told our son I had something to tell him that would blow his mind: By the time he’s old enough to drive, I said, there wouldn’t be such a thing as driving anymore. Cars, I said, would drive themselves. I really thought he’d find that exciting. He's four. But he found it boring. Autonomous vehicles, he said, as if the phrase were a punchline. Our driverless future, he said. Late that afternoon, he got my husband to promise to save our car so he can stand a chance of driving yet. The next morning, he got my mom to do the same. But what are you going to do with two old cars, I said, in our driverless future? I’m going to drive them, of course, he said. I’m going to drive them across the world. What about the ocean? I said. What about it? he said. Do you know about the United Arab Emirates? Do you believe in the Burj Khalifa?

The question of belief—of the gap between knowing and not knowing—interests him. Do you believe in Santa Claus? he asked. To hedge, I said I’m not sure one way or another. He told me he had two questions to help me think through it. Have you ever woken up on Christmas morning, he said, and seen a huge pile of presents? I told him I had—what about them? Ask yourself, he said. Who put them there? Also, have you ever seen an old man with a long, white beard? I told him I had. Ask yourself, he said. Who is that man?

Fire interests him. My husband and I are worried, however, about using our fireplace. It’s the first house we’ve had with a fireplace. It’s not about the fire. It’s the question of how to know whether the gas valve is open or closed. It’s now closed, but if we open it, we might forget which way is open and which way is closed, which seems dangerous, so, in these four years of our son’s life, none of us have ever seen the fireplace lit. Come on, he said. In Mongolia, people build fires right in the middle of their huts. It’s a source of heat, and also a source of light. I didn’t know that, I said. There are known knowns, as Donald Rumsfeld said; there are things we know we know. We also know there are known unknowns, as he said; that is to say, we know there are some things we do not know.

But there are also unknown unknowns, he said—the ones we don’t know we don’t know. One morning, I awoke to the sound of our son singing out from his bedroom, Let it go, let it go, can’t hold it back anymore, as is his wont, and when I went downstairs and opened his door, he sat up and said he had something to tell me that would blow my mind. In the middle of the night, he had awoken to a flash of light outside.

Vauhini Vara, a former editor at the New Yorker and reporter at The Wall Street Journal, has published nonfiction and fiction in The New York Times, The Atlantic, Businessweek, McSweeney’s, and Tin House. The winner of an O. Henry Award for fiction, she’s received fellowships from the Rona Jaffe Foundation and the McGraw Center for Business Journalism. 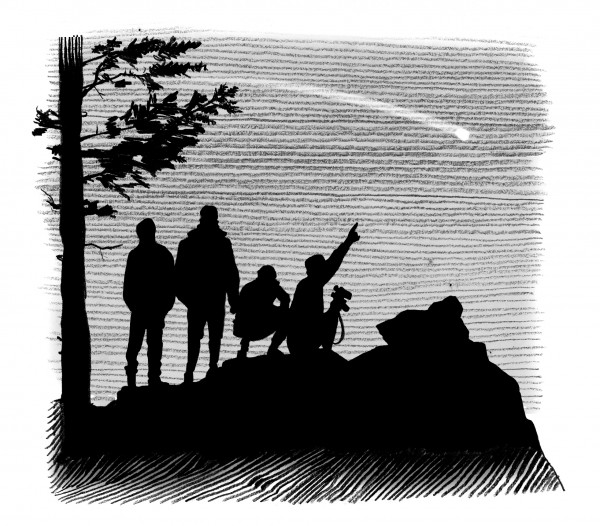 SpaceX plans to launch thousands of satellites into a lower-than-normal orbit in order to provide Internet service across the globe. The company’s initial clusters of satellites have frustrated astronomers and caused numerous UFO false alarms.