I went to the corner store for toilet paper. The kind I bought yesterday was single ply, thus weak. I had bought the weak kind to save money, which does not grow on trees, which I seem to keep forgetting. Double ply was thirty cents more than yesterday.

What’s the meaning of this, I asked the cashier, who said it was because of the tariffs and the sneaky, sneaky Chinese. I said all right and left with my purchases.

I went to Whole Foods for lettuce. I was making dinner for vegetarians and the day was warm, hence good for a salad along with a case of authentic German beer. But lettuce was thirty dollars a head, beer was 30 percent more than advertised.

What’s the meaning of this, I asked the cashier, who said it was because of the tariffs and the capitalist pigs, the swamp that had not been drained as there was now not just extreme climate but an erosion of our democracy and freedoms. I said all right and left with my purchases.

I went to PureBarre. I had fat thighs, squat ones, and a class was healthier than directly carving meat off the bone as I had seen master butchers do, though I did love prosciutto. At the end of class, I saw that the monthly fee had tripled, the water fountain was now charging three dollars an ounce.

What’s the meaning of this, I asked the receptionist, who said it was because of the tariffs and the patriarchy, that their time was up, no longer could they do as they pleased, our stock was rising and the future was female. But stocks are not really rising, I replied, they’re plummeting. The Nasdaq, in which I had invested most of my funds and you should too since the future is tech, fell 3 something percent, losing me thousands of dollars. The receptionist stared at me. Then I said all right and left with my thighs.

The receptionist said it was because of the tariffs and the patriarchy. I said all right and left with my thighs.”

So I didn’t say much and learned that my date worked at TIAA-CREF. He said the plummeting was foreseeable, he had predicted it ages ago. It was because of the tariffs, and the Fed. Interest rates should have been cut but the Fed was doing nothing, as if eager to see global growth burn, which was what half our countrymen wanted when they voted as they did. Hence, he was glad for these tariffs, really he was, as they would end up costing the same households, his own parents’ included, eight hundred more a year. But I’m getting ahead of myself, he said. You don’t want to hear about any of this, now what’s for dessert?  I pointed to the options and we ordered tiramisu.

I began to stay at home. My parents called just to chat, which they never did, so I thought it was strange. They must be ill, I thought, but my mother said they have never felt better. She asked me about my day and my father tried to tell a joke. The joke was horrible, but I laughed as hard as I could, until the laugh turned into a cough. The next day they called again.

What’s the meaning of this, I asked, and my mother said it was because of the tariffs. Finally the Middle Kingdom was standing up for itself and she could resolve a third of her rage. Had she bound her feet? Did they ever eat rat? Go back home. Fuck the Chinese. So who do I think will win? My father asked. They had their answer but wanted mine aloud. Say it, they ordered me to. Say it for us right now.

Weike Wang is the author of the novel Chemistry, which won the 2018 Pen/Hemingway Award. Wang won a 2018 Whiting Award and is a “5 Under 35” National Book Foundation honoree. She teaches creative writing at the University of Pennsylvania. 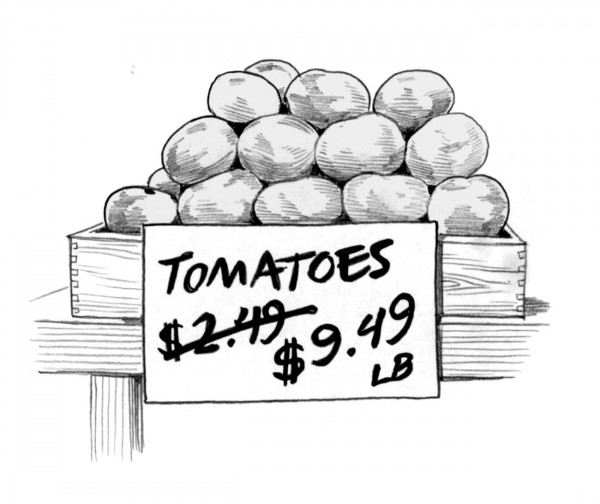 In January, about 18 months after the trade war began, the U.S. and China signed a preliminary trade deal that kept in place duties on hundreds of billions of dollars' worth of goods—continuing to squeeze some exporters in both countries—but required China to buy an additional $200 billion of American goods and services by 2021.