Who knew extinction could be the hottest ticket in town? Manuel Gonzales, the author of...

It’s not that they expected there to be a huge crowd, certainly not African Grey Parrot–sized (which had been 30,000 people, easily; they’d had to rent out Fenway Park for that one), or Mary River Turtle crowds (nearly 19,000 people, but that wasn’t too surprising; any turtle, no matter what kind of turtle, put butts in seats), or even Broad-Billed Hummingbird big—well, and, let’s be honest, no one expected the Broad-Billed Hummingbird crowd to be as big as it was. Originally, they’d booked a five-hundred-seat venue for that job thinking they’d be lucky to fill half of it, because who even knew about the Broad-Billed Hummingbird except for Kevin, creeping in the back of the office with all his North American bird books, but then all five hundred tickets sold out in forty-five minutes, so Geri worked her magic, canceled the smaller venue, booked a theater three times the size across town, and that sold out again in another half-hour, not to mention all the pay-per-view tickets they sold once the rest of the birding community got wind of the event.

But still, here they were, in a black-box theater in Queens (“Fucking Queens for Christ’s sake,” Geri said, practically spitting) with a capacity hovering at right around one hundred bodies, the four of them watching the very last American Burying Beetle on this, the planet Earth, breathe its very last breath (“Do fucking beetles even breathe?” Geri asked), and you could count the number of people in attendance on two hands.

“I told you we should’ve done my thing,” Kevin whispered.

“Shut up about your thing,” Geri said. “Turn down the lights, cue the soundtrack.”

‘All this for a fucking hummingbird,’ Geri’d said, shaking her head at the weeping, the sobbing, as the last bit of life eked out of that last hummingbird.”

The problem was, most of your crowd-pleasers had already died out. Add to that an oversaturated market? You get six people plus staff sitting in an empty theater in Queens waiting for a bug to kick it. Back when they’d started out, no one was working Extinction Witnessing events. Now there were a hundred companies doing the same.

Kevin’s thing had been simple enough. Don’t sell tickets to witness the extinction of just one bug.

“Nah, nah, boss,” he’d said to Geri, even though Geri wasn’t anyone’s boss. “You gotta make it big, make it flashy. Gather up a bunch of bugs, right? Rent a warehouse. Let them all loose, right? It’s like a big party, you pay to get in, there’s a cash bar, we rent out muck boots, call it, like, the Killing Fields? You’re not just witnessing extinction, you’re causing it? It’ll be huge.”

It probably would’ve been huge, bigger than this, anyway. A competing outfit across town had done something similar. Gathered the last of the North American rockcresses—your Smooth, your Green—and thrown in some variants of sweetgrass and milk vetch, and Geri scoffed. “Who’s going to pay money to watch a fucking plant go extinct?” But then they rented out a big space and four flamethrowers and protective gear, hired some off-duty firefighters, and for $50K a pop, you could torch the place.

Last week, Kevin sent them his résumé and the Killing Fields idea, not to mention some other ideas he’d been cooking up.

The lights went down, all but a spotlight on the stage, lighting up what could have been—from this distance—any goddamn bug. Then Enya’s Watermark piped in over the crappy speakers.

Manuel Gonzales is the author of the novel The Regional Office Is Under Attack! and the story collection The Miniature Wife, and winner of the Sue Kaufman Prize for First Fiction and the John Gardner Fiction Book Award. He teaches literature at Bennington College and is a full-time faculty member at the Bennington Writing Seminars. 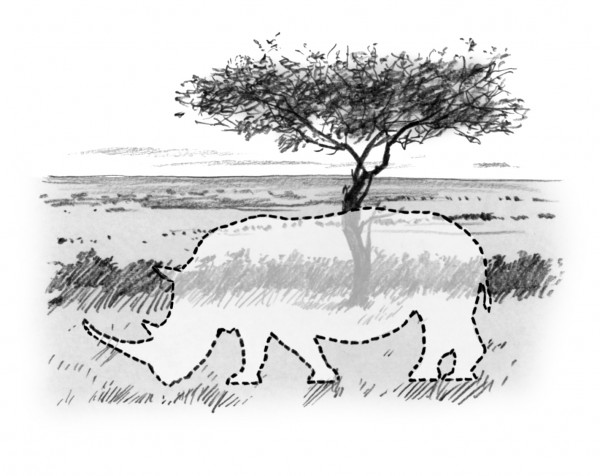 More than one million species of plants and animals are at risk of extinction in the coming decades. By comparison, over the previous five hundred years, fewer than seven hundred species have gone extinct.

Manuel Gonzales on dark humor, unicorns, and the curse of getting what you most want.