Dantiel W. Moniz: What We Make It

As protests erupted across the nation this summer, heavily armed militias stood off...

Within hours of the press conference, gun and ammo stores throughout the county sold out. Customizable metal badges, catering to that uniquely American appetite for playing Cops and Robbers, were backordered online until late October (production shut down as it was during the plague), but one could still find the golden sheriff’s stars used for Cowboys and Indians, and, though slightly marring the illusion, they did in a pinch.

Lawful gun owners, the sheriff had said, but even if there had been something to buy, the phrase wouldn’t mean them—not Jaia or her two brothers, and not her mother who slept with a pink and silver Luger under her pillow, just in case things went bad in the night.

Two weeks ago, a man was executed for unpaid parking tickets, and yesterday a toddler, who had grabbed a pack of gum from a shelf at the Kwik Mart, was shot as soon as his oblivious mother stepped outside the store with the child in her arms. Another one they’d heard about—she’d been doing nothing, daydreaming on a park bench, but they claimed they’d seen a weapon, and anyway, wasn’t it suspicious, the act of her sitting? Anything could become a crime with the Deputized on every corner, watching in grocery stores, in car lots and coffee shops. Watching over you from right next door.

Shit like this only happens in backwoods cities, people outside the South were saying. Florida Man. We don’t do that here. They did that there, in Chicago and New York and L.A.—the only difference was none of their elected officials got on the internet to sanction it.

Anything could become a crime with the Deputized on every corner, watching in grocery stores, in car lots and coffee shops. Watching over you from right next door.

Clocking out of work that evening, Jaia was exhausted. It had been a stressful day at the store. They’d finally gotten in toilet paper and pasta, but there was relatively little meat and the lines were still too long. No one was happy about anything. One Deputized—prominent Adam’s apple, no mask—went through her line twice, the first with two six-packs of light beer, a chicken-tender sub, and a gallon of store-brand sweet tea. The second an hour later, for just a Twix, both times his eyes on her intensely.

The sky was streaked cantaloupe from the setting sun, the sidewalk still damp from rain. Jaia threw the disposable mask her employers had provided her into a wastebasket and put back on the cloth one she’d brought from home—a black mask with three bold white letters: BLM. Jaia, we have to be supportive of all our customers. We don’t get political here. Her manager had said this with exaggerated patience, blinking rapidly, her soft, spotted hands clasped at her chest. Life is what you make it, and our company policy centers on positive engagement. You understand, right? Jaia had looked past her as she spoke, toward the customer service counter, where two of her coworkers issued money orders and lotto tickets, their lower faces covered by grayscale American flags with a thin blue line. Day after day, her manager never said anything to them. Jaia decided she wouldn’t tell her mother about this; that morning when she’d put the mask on, her mother had said, You’re asking for trouble.

Jaia put her head down, shouldered her tote, and began walking. She used to love this unoccupied time, the meditative space between leaving a destination and arriving someplace else, music strumming through her mind, but these days she left her earbuds out, the walks, instead, filled with static anxiety. Five blocks and she’d be outside her second brother’s job, where she would buy a smoothie and find a table and read until he got off. As much as they could, they walked home together.

After a few minutes, Jaia felt something—an increase in intensity of the static tick tick ticking up her spine. She looked over her shoulder and saw, several feet back, the Deputized man from her line. Her mother’s instructions zipped through her head. (If it happens to you, find somewhere safe.) She quickened her pace, eyes darting toward the storefronts around her: a furniture boutique, a beauty parlor, a party shop—all shuttered. There was nowhere to duck inside. Jaia tried to calm her breath. She slid the metal nail file she always carried from her pocket and gripped it in her fist.

As she rounded the corner of the next street, the Deputized closed the distance between them, grabbing her arm and slinging her against the concrete wall of a closed Chinese takeout. Jaia heard music from across the street, and locked eyes with a woman on her balcony. (If you can’t find a safe place, find a witness.) After a moment, the woman looked away, picked up her portable speaker, and hurried inside. Once the sliding door closed, they were alone.

He pressed Jaia hard against the wall and smiled, blocking her with his body, one hand flat against her chest, the other on his gun. His badge was plastic, likely a last-resort purchased from the local dollar store, and, briefly, she wondered what he’d done with the play cuffs it was surely packaged with. But it didn’t matter what the badge was made of or that it was a toy. It only mattered that he believed in it.

Do you know, he asked her, why you’re being detained? He sounded so polite, so normal; he could’ve been saying, How are you today?—this common man with her heart beneath his hand. He let up on her and pulled the mask from her mouth. This, he said, fingering the cloth, well, it’s defamation of character plain and simple—the same language they now used whenever a journalist was killed. She knew enough to know what happened next. If she was lucky, there might be outrage, a new hashtag on Twitter. And if she wasn’t lucky—well. Jaia’s hand tensed around the nail file. He wouldn’t expect her to fight, which meant she must. In her head, her mother held her, said, Don’t let them see you beg.

Dantiel W. Moniz’s first story collection, Milk Blood Heat, will be published in February 2021. The recipient of the Alice Hoffman Prize for Fiction, the Cecelia Joyce Johnson Emerging Writer Award by the Key West Literary Seminars, and a Tin House Scholarship, her fiction has appeared or is forthcoming in The Paris Review, Tin House, Ploughshares, The Yale Review, McSweeney’s Quarterly Concern, and elsewhere. 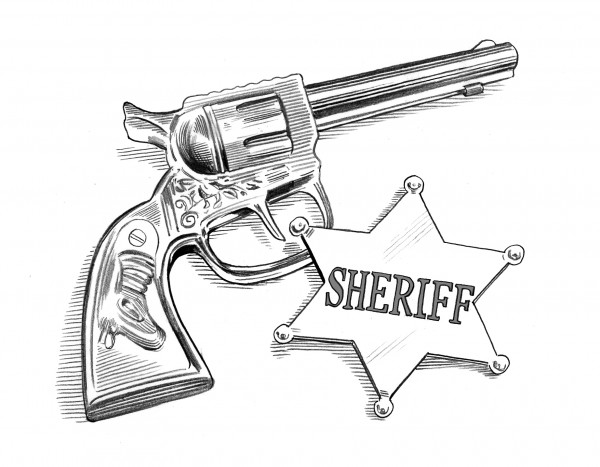 In recent months, law-enforcement officials have both explicitly recruited and tacitly encouraged heavily armed vigilante civilians to protect property—even though members of those and similar militias have been charged with planning to incite violence and, in one case, killing law-enforcement officers.

Dantiel W. Moniz on the deputized, Black Lives Matter, and the work yet to be done